We’re looking for someone to help out with a field trip this Friday morning at 826DC/The Museum of Unnatural History on 14th and Kenyon from 9:30 til noon.

We’re hosting our weekly book writing field trip that morning, so a class room of elementary students come in and collectively write 3/4 of a story together, and then each student writes and illustrates their own ending. We print and bind the books that morning so each student goes home with a printed copy of a book that they authored.

While the kids are coming up with their story as a group, the illustrator draws pictures for the book as the story is being written. The volunteer illustrator doesn’t have to be a professional artist by any means, just someone who can draw quickly and would enjoy a creative project and a quirky morning with elementary school kids.
Would you or anyone you know be interested in helping out this Friday?

Please contact me if you have any questions or are available. 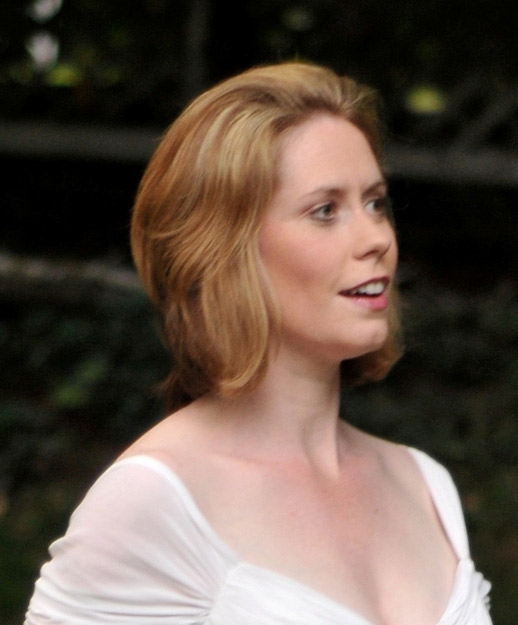 This fourth workshop in a series with Alexandra Phillips, soprano, includes demonstrations of breathing and vocal techniques applicable to all. Participants will receive hands-on singing instruction, or can participate as observers. No prior vocal experience is required.

Recognized as “The Face of DC Poetry” by The Washington Post, Sulu DC will celebrate its second year of presenting high-quality showcases of Asian-American and Pacific Islander (AAPI) performance artists at a special fundraiser Anniversary & Awards Show on Saturday, November 19 at Artisphere in Arlington, VA.

This special night of performances from AAPI artists will be hosted by critically acclaimed spoken word pioneer, Regie Cabico and will feature:

The show will also celebrate and recognize members of the local and regional AAPI community by presenting the following awards: Artist of the Year, Community Contribution, Community Partner, as well as the Sulu DC Audience, Star, and House Awards.

Sulu DC’s 2011 accomplishments include presenting its first College Show at Georgetown University, receiving the Outstanding Program Award and Commitment to Diversity in the Arts Award from Georgetown University, producing a show for INTERSECTIONS: A New America Arts Festival, continuing its monthly showcases of AAPI artists and being highlighted by the National Endowment for the Arts during National Arts and Humanities Month.

“Sulu DC has grown so much during its second year, and we are excited to share our accomplishments with our community,” says Jenny Lares, Executive Director of Sulu DC. “We hope that in 2012, Sulu DC will have the capacity and resources to further fulfill our mission to strengthen the AAPI artist community by expanding our arts education programming and inspiring the next generation of AAPI artists.”

The 2nd Anniversary and Awards Show will take place on Saturday, November 19 at 6:30 pm at Artisphere (1101 Wilson Blvd, Arlington, VA 22209. Tickets are available online for $20. To purchase tickets, visit http://tickets.artisphere.com. The show is supported in part by Toki Underground, DC APA Film, Ichiban Sushi in McLean and Artisphere.

More information about the show’s artists, Sulu DC and donating to Sulu DC is available at http://suludc.com.

Today is Give to the Max Day

November 9 isn’t just another Wednesday. It’s Give to the Max Day: Greater Washington. For 24 hours, more than a thousand local nonprofits will be participating in a first-of-its kind online fundraiser. Nonprofits, like The National Center for Children and Families (NCCF), are being challenged to raise as much money as possible in a single day. Every donation counts – the more individual donations we get ($10 and up!), the better our chances of winning a $25,000 grand prize!

And what will NCCF do with $25,000? We will help people transform, from the 15-year-old boy healing from abuse and neglect to the 45-year-old mother of three escaping domestic violence. We will fight to make sure children do not linger in foster care, but are placed in permanent, safe, and loving homes.  We will inspire homeless families with the hope they so often need. We will continue to be a force for human change.

How can you help?

Go online and make sure to use this giving link http://give2max.razoo.com/story/Nccf

Give to the Max on November 9, and keep NCCF’s mission in your community!

The BROOKS Family in BROOKland

Gather with host and Brooks’ descendant Molly Murray Ruppert and many other descendants for an afternoon of Brookland history.  Featured will be new photos discovered since the recent release of the Brookland book, as well as artifacts from Ann Queen & Jehiel Brooks, including the Colonel’s pocket watch and signet ring, family heirlooms and more. Broad array of presenters, including the authors of Brookland, Rosie Dempsey & John Feeley, as well as Laura Henley Dean, author of “Our Past Before Us, A History of Northeastern Washington Co.”